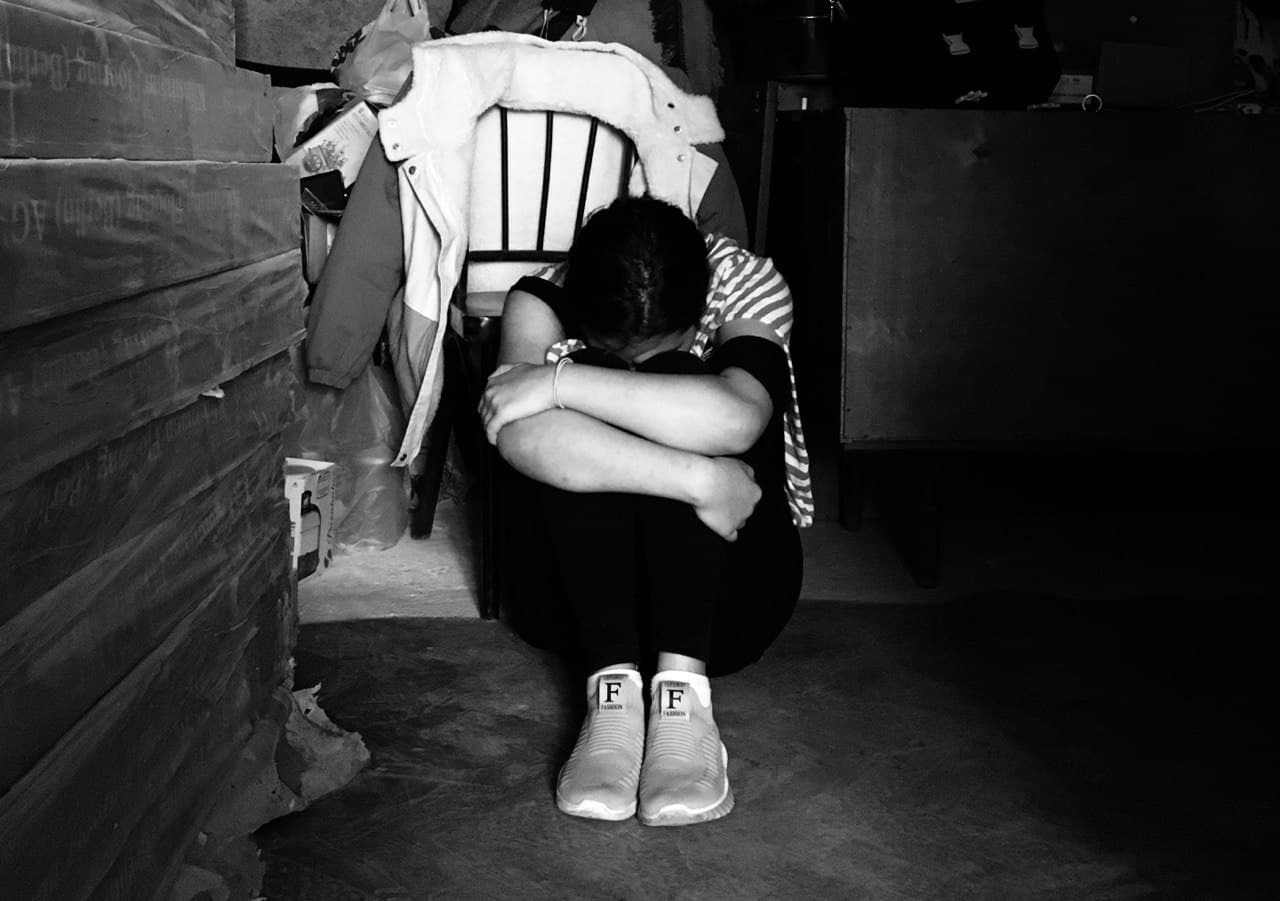 Journalist Lika Zakaryan shares stories of domestic violence in the aftermath of war in a continuation of our series on societal trauma.

Sometimes, war is not just a sequence of military actions that happen in a specific timeframe. Sometimes, war gets into people’s souls. Forever.

What people go through during a war can change them, changing specific traits of their character, changing their whole lives, and the lives of their loved ones. They say war can make people aggressive. Sometimes, the aggression erupts at home, with people’s families.

A couple of weeks ago, I met a journalist from France. She asked me if I’d ever witnessed domestic violence, or other violence, as a result of the war in Nagorny Karabakh. I wasn’t sure what to say. To be honest, I had never thought about this, so I said I hadn’t come across it. Later, though, I thought again. Going back in time, I began to recall incidents which I had not thought about, for many years. I realized that not only had I encountered what she was talking about, but that it had actually become an intrinsic part of my society.

I remembered a man who had lived in the block next door to ours, who had taken part in the first Karabakh war (1991-1993) as a sixteen-year-old. Before the war, people had admired his intellectual skills: a good mathematician, he also played chess. After the war he met a girl, got married, and appeared to settle down, yet we got the feeling something was always lacking for him.

In wartime, when lives are put at risk, and circumstances are constantly changing, our bodies produce a lot of adrenaline. Once life goes back to normal, people can feel numb. Everyday humdrum reality can feel boring. This man went through a similar process. He wasn’t able to find himself in the new world, where everything was simple, unchanging, and predictable.

He missed the strong feelings he had experienced when so much had depended on his actions and decisions. Also, he had been subjected to trauma. The men who had served with him, told us what had happened. One day, as a new recruit, he was given the task of finishing off sixty people who had been taken prisoner in a battle. The sixteen-year-old had to fire the final shots to make sure all sixty were killed. He did it, and it had haunted him ever since.

When the war finished, he turned to drink. This was the first sign that he was trying to escape from reality. Drunk and aggressive, he would turn on his wife. The neighbours say they would hear her cries every day. He didn’t tend to touch the children, but his wife suffered regularly. Each time, he’d find a different reason. Sometimes, it was because she had begged him to stop drinking and return to a normal life. Sometimes, he got quite paranoid, and imagined that she was cheating on him, even though she spent all her days at home with her children. He wouldn’t let her work, wear nice clothes, or makeup. In his heart of hearts, he clearly could not accept himself. His self-esteem and self-worth had plummeted and hit rock bottom, and his aggression didn’t just come out at home. Everywhere he went, he created problems: he’d pick fights with his neighbours and colleagues, and eventually lost all his friends.

He ended up a broken man, unable to pull together all the pieces of himself after the trials of war he’d endured.

Another person who came to my mind was a seventeen-year-old girl who had experienced domestic violence from her father. He had fought in the first Karabakh war as a fifteen-year-old. After the war, he had stayed in the army – this became his job, and his way of life. Later, he also fought in the second war over Nagorny Karabakh, the four-day war of 2016, and in the recent war of 2020. Having fought in all three wars, her father had been a military man all his life.

The girl told us that in his army life, her father was a brave and responsible professional. As a father, though, he hadn’t chosen the best methods of education. His eldest child, she had had to go through everything he had come up with. She couldn’t say how many times he had beaten her, but it had left her with physical and mental health problems for life. Talking to relatives, she says, her father had always stressed that he might use physical force in raising his children, but never moral pressure.

When asked what would trigger his aggression, the girl replied that there could be many factors, but it mainly seemed to depend on his mood. His mood, in turn, would depend on his work. The war became his way of being: in Karabakh, there was never proper peace. When he failed to manipulate her, he would get even more angry. Curiously, when talking of his beatings, and of her whole room being covered in blood, she would laugh.

She had considered running away from home, but the thought of her mother had always stopped her. If she left, her mother would be subjected to it all. Her mother, however, did not see the situation as strange. She seemed to consider such aggression, normal. “I didn’t think about suicide, because I was bleeding, as it is. People with that kind of trauma often self-harm, it helps them express their pent-up anger. But I was being caused physical pain as it is, so I never felt that urge,” the girl explained.

Besides all its negative consequences, war can also bring opportunity. Sometimes, people who had never seen themselves as anything special, can get a chance to do something different. Life has its own rules: some people are born rich, some have influential relatives, whilst others are born with nothing. In war, everything can change. Those who used to be well-respected, may commit acts which lose them their respect, such as fleeing. Others, who had always been seen as ordinary, may show themselves to be highly worthy, and earn society’s respect by acting like heroes: good soldiers, good volunteers, good social workers. They receive an opportunity to become leaders, to be the best at something. Yet, like all things, war comes to an end. At least, for a while. Everything goes back to normal, and this can be hard for people, can make them feel a sense of injustice.

Then there was another story. Another life of a man, who got lost in the war. Having fought in all three wars, he was also a husband, and a father. Suffering a concussion, this man has continued to fight a war against the world that surrounds him. Beating his wife, he scares his children, drinks, and harms himself, sometimes, all at once. His regular aggression has caused mental health issues in his wife, and various traumas in his children. His son is perhaps the most traumatised. Twenty eight years old, he is not thinking about marriage, because his associations with it are not the best. The signs of masculinity typical of his society, are absent in him. As a result, many consider him a homosexual. He doesn’t see himself that way. Maybe, all this is because he hates his father. All of us are born of our two parents, and we all inherit traits of both. From his earliest days, he so hated and feared his father, that the hatred spilled over into hatred of himself, too. He hates the part of himself associated with his father. For most young men, their father’s image is very important in their development and worldview as males. Rejecting his father on a subconscious level, the young man rejected the part of himself that he received from his father. He has gradually become aware of all this, yet feels powerless to change it.

These are just three stories, yet they paint a picture of a war which isn’t showing any sign of ending. In the media, wars might cease with the end of military action. But for the people, they remain a way of life. In Karabakh, a lot of people need psychological help. This is a difficult issue, as the local Psychology Institute is not well-developed, and people can confuse psychologists and psychiatrists. Many have no idea, or don’t want to accept, that they need specialist help and support.

Meanwhile, aggression continues to breed aggression, the problems don’t just disappear, and the war shows no sign of ending.

It is quite hard to trace every step of what these people went through to become who they are today. You are also probably wondering why this is happening? Have their decisions and evolution been influenced by society? Of course, in such multifaceted stories there cannot be just one simple question or one explanation – there are many. My goal is to tell the story of those who went through war and as a result became different people.

Lika Zakaryan is a journalist and photographer from Nagorny Karabakh, who during the war last year started to keep a diary, posting online about the war and the people caught up in it. The diary became widely read and is now published in a book: 44 Days: Diary from an Invisible War.

Read another article by Lika Zakaryan for Indie Peace on ‘stolen childhood’. 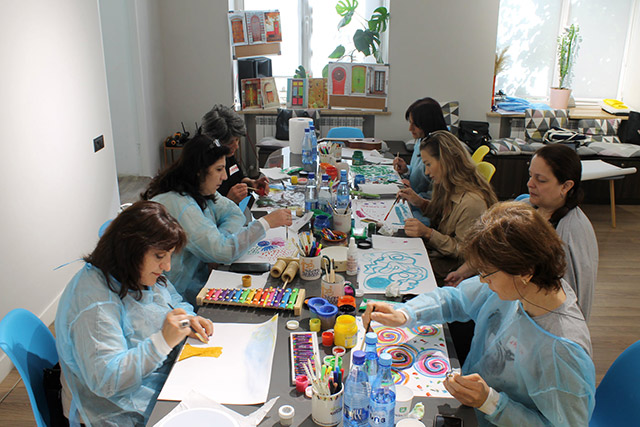 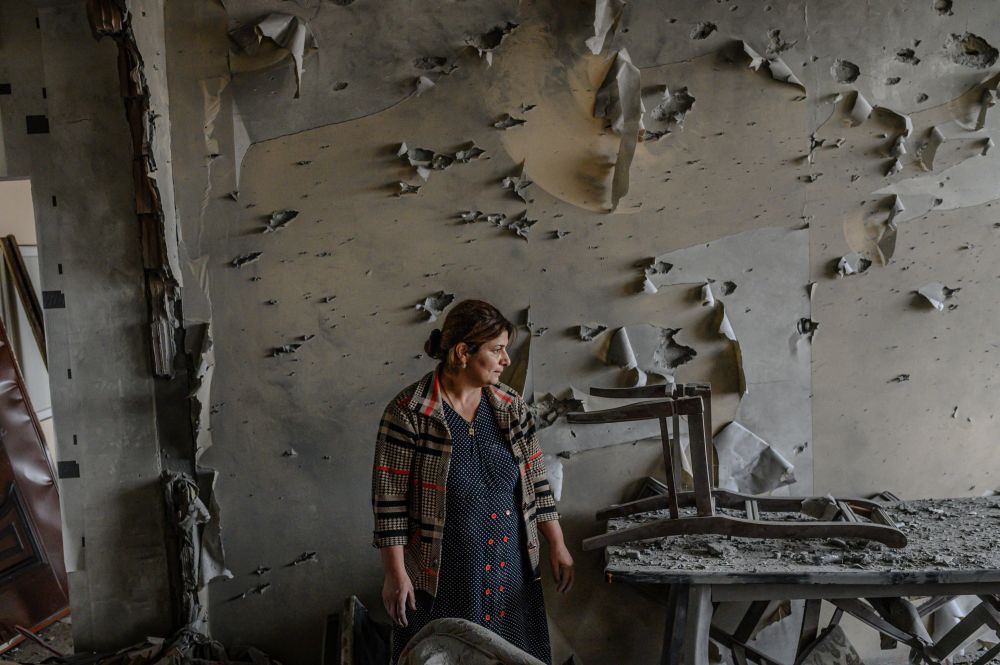